I’m really happy to be able to reveal the full cover (front and back!) for “The Art of Forgetting : Nomad”. The cover was drawn by Evelinn Enoksen and designed by Ken Dawson – haven’t they done an awesome job?

You’ve probably already seen the front cover on Fantasy Faction, but here’s the full thing, front, back and spine, in all its glory. 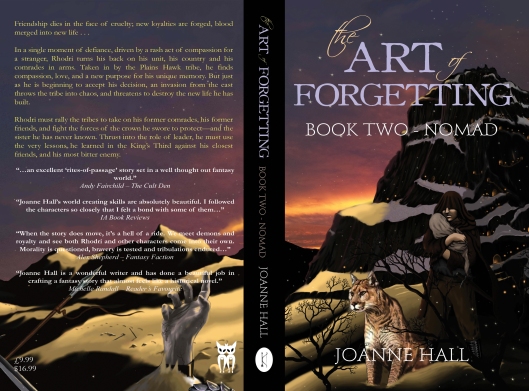 Complete with lots of very lovely endorsements from Vol 1. Isn’t it gorgeous? And soon, very soon, (May 24th) it can be yours… 🙂

In the meantime, just to keep you from keeling over with desire for the shiny precious, here’s an exclusive never-before-seen extract from a section that was added during editing – I hope you enjoy it and it whets your appetite for more!

SLIGHTLY EDITED FOR SPOILERS, BUT IF YOU’RE COMPLETELY SPOILER-PHOBIC YOU SHOULD PROBABLY STOP READING NOW

If all this has you intrigued and you haven’t yet read “The Art of Forgetting : Rider” (you should, look at all the nice things people said about it without any money or cake changing hands) you can still pick up a free no-strings attached ebook copy from all the big ebook-selling platforms; here’s the linkage :

I say no strings, but never forget that Reviews Are Love and help sales, which in turn helps me to write more books, so if you like it and you want to see more… 😉 Or I could just unleash the puppy-eyes, which is all very undignified and un-British… 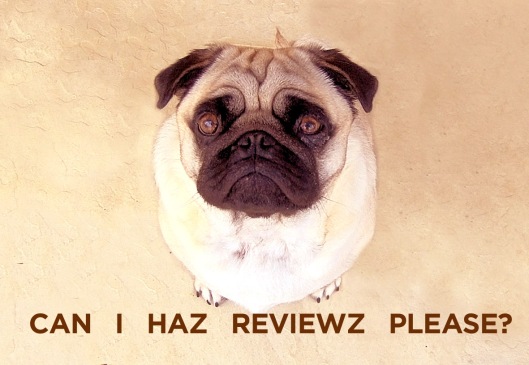 Speaking of reviews, review e-arcs of Nomad are due later today, so keep watching those inboxes if you’ve asked for a copy…