My dear friend Nathalie, fantasy writer and mum to one beautiful daughter and a horde of beautiful cats, passed away last week in her sleep following a suspected aneurysm. She was 34.

I met Nathalie online around 11 years ago, when we were both members of Fantasy Writers.Org and Livejournal. She was a talented writer, fluent in at least three languages and able to get by in a couple more. I remember when she fell pregnant with her daughter, how excited she was because she thought she couldn’t have children, so the Wee Viking, as we always called her, was a surprise and a gift, and Natty shared pictures of her growing up, learning to ride, learning to dance, hugging their many cats. How can all that come to such a sudden end?

We met in real life just the once, in the Central Station in Brussels just before Christmas. Chris and I had gone on a mini-break to Antwerp to celebrate our tenth anniversary (so this must have been 2008), and Nathalie, with her boyfriend and the Wee Viking who would have been about 18 months old, made the two-hour car journey from Mons in what was rapidly becoming a blizzard just so she could have coffee with us before we caught the Eurostar back to London. I can’t remember what we talked about, just that we talked and talked and drank coffee and watched the Wee Viking practice wobbly walking up and down the concourse until we nearly missed our train and had to run to catch it.

We worked together for many years, Natty worked as a translator for a small Walloon film production company and I would check her English translation to make it more idiomatic (and to make sure she hadn’t written anything mad!) We wrote about interactive animation festivals, brochures that would be shown and the Cannes Film Festival. We wrote (a lot) about tax shelters in the Belgian film industry, sending each other emails full of “zzzzzzzz” when we were bored. We were always emailing, and often texting. She promised she would come to BristolCon when her Wee Viking was older. I promised I would take her out for coffee somewhere that wasn’t a freezing station concourse. We were only kept apart by money and geography, but we knew there would be plenty of time to get around that.

Only last week, suddenly, there was no time left.

I wish I could have spent more time with her.

Sleep well, my beautiful Nathalie. You’ll always be in my thoughts. 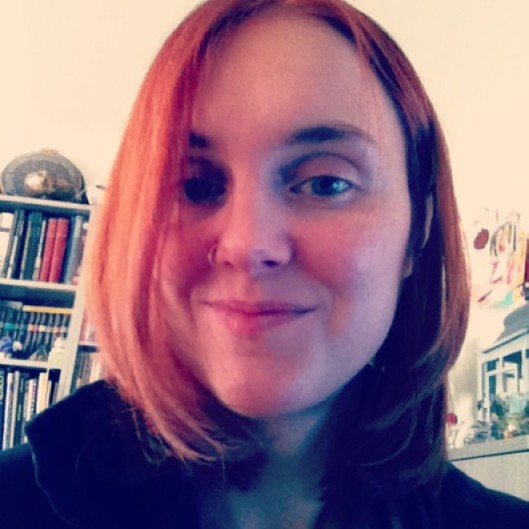