Recently it has come to light that a couple of American people have created an app which they’ve called Clean Reader, using the catchy slogan “Read Books, Not Profanity.” (No, I’m not going to link to it – have a quick Google. These numpties don’t deserve the hits).

The app works – I’m vague about how apps actually work, having a Bronze-age phone, but anyway – the app works by replacing the “naughty” words in a text with non-offensive “clean” ones. There are several levels of swear-filter depending on how mortally offended you are by shit, fuck, bugger, damn, Jesus, penis, vagina…

Yes, I’m not kidding. Medical names for parts of a persons anatomy have been deemed by the creators of Clean Reader to be “offensive” and replaced with the handy catch-all term of “bottom”. Apart from being anatomically wrong, it’s just… bonkers.

Can I say bonkers? Is bonk offensive? What about cock? Cocker Spaniel? Scunthorpe?

The creators of the app say they invented it because their daughter came home from school with a book that had swearing in it, and “she” (not they, they claim) was upset and wanted to read books without swearing. 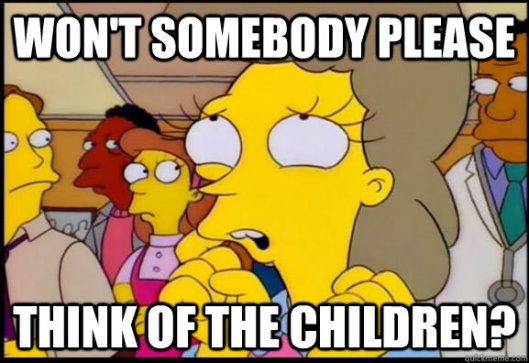 Fine. There are many, many books in the world without any swearing in them. Where’s Spot? doesn’t have any swearing in it. Nor does The Very Hungry Caterpillar, if I recall correctly. If you want to infantalise your own child, go ahead, but at some point she will be exposed to the real world. And in the real world people swear. They say bugger and damn and bollocks and wanker. They have penis’s and vaginas and breasts (yup, breasts is also a naughty word…)

The message Clean Reader is essentially giving out is that certain body parts are shameful, that sex is shameful, that it’s something to be hidden away and not discussed.

Which we all know is a pile of arse. Sorry, bottom. A pile of bottom.

Clean Reader claim they’re providing a service, that it’s not a breach of copyright to change an authors words without permission because all they’re doing is providing a filter that can be switched on and off. It might not be a breach of copyright, but it’s certainly a very murky legal area. And beyond that, it’s fucking rude. While it might sometimes appear that the words I write have been created by an amphetamine-crazed gibbon, a lot of thought has actually gone into them, and each and every word has been looked at multiple times to check it’s the word I want to use, to make sure that it conveys the meaning I want to convey. If I’ve written “fuck”, I bloody well mean “fuck”. I don’t mean “bother” or “gosh” or “naughty bedtime cuddles”. That “fuck” is there for a reason. Don’t naughty bedtime cuddles with it.

If you can’t handle that, if you can’t cope with profanity or sex, I’d rather you didn’t read my books at all, than that you read a bastardized version of them through a ridiculous prude-filter. Because if you do that, what you’re reading is not the book I wrote, it’s someone’s sanitised idea of the book I wrote. It’s like trying to read Playboy after it’s been through a Saudi Arabian customs office – all the content might still be there, but you certainly won’t be getting the full effect…

And if you don’t like a book, you have plenty of options. You can stop reading. You can delete it from your Kindle. You can leave a scathing review. You can, if you really feel the urge, write to the author and tell her what a terrible person she is for using such language. You don’t have to read the fucking book. No one is making you read it. But that doesn’t give you the right to change what has been written in it, any more than you have the right to take a 16mm film reel and cut out the frames you don’t like.

Not to mention that fact that real, gratuitous violence is fine, provided that while it’s happening nobody swears or mentions a body part that would be concealed beneath a swimsuit area. Pulling out fingernails? Fine. Beheading someone and pulling out their entrails? Fine. Rape? Fine as long as you don’t use any dirty words. I’m not sure I can articulate how messed up this is without swearing a whole lot more than I have already.

(It’s freakin’ hilarious that Clean Reader are offering a swearing-free Game of Thrones on their site, given the point I just made. So swearing is wrong, but shoving kids out of windows is A-OK? I think we’ve found the level here…)

And it’s the start of a long, terrifying precipitous slope. Now someone has let the genie out of the bottle, it’s going to be hard to stuff it back in. The app is optional now, but how long before the genius governor of a religious school decides to make it mandatory for their pupils. How long before we have a Creationist Clean Reader that replaces dinosaurs and evolution with the phrase “GOD DID IT!”? Who gets to dictate what’s offensive to everyone else? It’s only a step away from burning books, and from burning books it’s not too far before you start burning people…

Just have a think about that.

Me, I need some fresh air. I’m taking my Groiner Spaniel for a walk on the beach at SBottomthorpe….

8 thoughts on “Clean Reader? You Can Stick It Up Your Mother-Fudging Bottom….”