I last interviewed C N Lesley way back in March 2013, so as part of the Great Grimbold Books August promotion I thought I’d catch up with her and see what’s been happening in her life.

C N, when we last spoke Darkspire Reaches had just been released. What’s happened since then?

I think I have been going non-stop. Let’s see, three weddings, one for each daughter, three grandsons and two more books. After Darkspire Reaches came Shadow Over Avalon, an Arthurian series set in the far future that is a mix of science fiction and fantasy. The second book, Sword of Shadows came out at the end of last year also.

How was Darkspire Reaches received?

Could you tell us a little bit about Shadow Over Avalon which I understand is the first volume in a trilogy? As a Canadian, what drew you to writing in the Arthurian tradition, and what makes your take on it unique?

Ah yes, I thought that nationality question was going to come up sooner or later because of my chosen subject matter. Actually I am a dual national and can hold a British passport if I wish and did live in the UK some years. I had a classic education and therefore got deeply into history. The Arthurian or dark ages intrigued me as there is a lot of data that has been altered to appear politically correct for the time. While Arthur’s time revered women, the later ages decided to relegate them to childbearing idiots of no value. This is how Morgan Le Fay goes from a woman of power into an incestuous trollop.

Shadow Over Avalon started as a result of wondering what did happen next? Arthur was dying and had promised to return to save his people at the time of greatest need. What was going to be big enough to return the king? I set it in the far future and with inhuman enemies in control of the land while Arthur is born into a high tech environment in an undersea city. I found a scientific way to plausibly return him. Hence the genre being science fantasy.

Yes, this is the first book in a series, the next published one is Sword of Shadows. Next up is Chalice of Shadows. There may be a fourth book, but we will see.

Which other authors do you enjoy reading in that particular sub-genre?

I presume you mean Arthurian and not science fantasy. Let’s see, there is Marion Zimmer Bradley’s Mist Over Avalon and Mary Stewart’s Crystal Cave. I won’t count T.H. Whites book as I haven’t read it. What I saw was the Disney mangling of The Sword in the Stone.

You are very good at promoting yourself on social media without being annoying – a tricky line to walk for lots of writers! Do you have any tips for those of us who find it tricky?

I’m delighted to hear I am not a pain in the butt. LOL. The trick? I followed my role 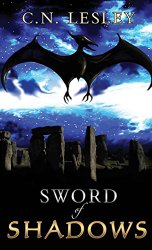 model. Way back when, I joined a new online writing workshop, the Online Writer’s Workshop for Science Fiction, Fantasy and Horror and was one of the very first members. Another member and someone who became a dear friend was Ilona Andrews. I had to opportunity to watch how she did it and have tried to abide by those notions. We used to blog a lot in those days, but now it has condensed to Face Book, Google + and Twitter, oh and the obligatory personal webpage. What I did has evolved into what I do now.

What has happened is a lot of friends, new and old, who band together to share the load of promotion via groups on Face Book. Yes, I tweet a lot, but only a small fraction of my output is actually promo. I like to find quirky things that are relevant to my books and park them on Google + and Face Book. I have also been using AuthorRise, a new marketing company where a person can turn out some wicked posters and track how effective they are. These condense into tweets so it is a double whammy. I am also a very early riser, around 5 am most days as I don’t sleep a lot. This is when I prefer to start my social media as the rest of the world is mostly all awake, too. Being in the far west of Canada is great but does have some disadvantages. I won’t trade being in the Mountain zone, though.

I also use a lot of my own photos in promotions. We were back over on your side of the pond a few years back and got to see a lot of the Arthurian sites as we were based in Oxford. At home I also happen to live on the doorstep of the most incredible mountains. The picture in my banner on my social media sites is of Mt McKinley at a few minutes past 5am on a summer morning when the mist was just burning off the top of the mountains at sunrise. We were staying in a log cabin on a campground very close and this was the incredible view I got when I ambled out to see if I could see any wildlife. No critters, but the view more than made up for it.

You seem to be incredibly prolific, working on several series at once. What are your plans for your next book(s)?

Coming up shortly is Serpent of the Shangrove, which is the next Darkspires book. Here is the trailer. One of my DIY ones.

Then there is the third Shadow series book, Chalice of the Shadows. I haven’t made a trailer for that one yet.

I have a science fiction book I need to unmangle from a pc crash. Beats for me on that one as I didn’t have nearly as much of my books in Drop Box as I thought so it is slow work extracting them and then comes the helpless, hopeless urge to fiddle with what was fine before. Anyhow, that one is Angelus.

Then I have, when I get time, Widdershins and Wildenwold, two paranormal fantasies. One of them is set in the UK for part of the book and the other is set over here.

And then there is the elf book and I don’t mean wretched pointed-eared individuals running around in green panty-hose and hugging trees. It is going to be quite dark and I am calling it Grayling Deeps.

And then there is that wretched scene for a new bright, shiny story that popped into my head last night and quite wrecked my shower this morning as I was thinking about it, not concentrating and inadvertently soaped down with shampoo instead of body wash. That one is really on the back burner, though.

As you know, it’s the Great Big Grimbold Discount Weekend. The two Grimbold imprints – Kristell Ink and Tenebris – have a wonderfully varied output, from pure SF to Steampunk to Paranormal Romance (over 20 titles now, so they have something for everyone!) Which 3-5 Grimbold books would you recommend for people who have enjoyed Darkspire Reaches and Shadow Over Avalon? (I promise not to sulk if you don’t pick mine! 😉 )

Actually I will pick yours as one of my favorites and together with the other two, dark in some of the way mine are dark and twisty in plots and threads. I haven’t read them all, though.

Art of Forgetting: Rider by Joanne Hall, In Search of God and Heroes by Sammy H K Smith and Cruelty by Ellen Crosháin. 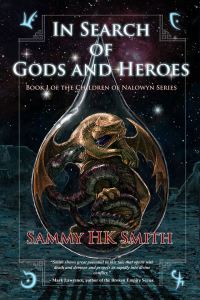 Do you have any links you’d like to share here, or anything you want to plug? Go ahead!

2 thoughts on “Interview with C N Lesley for the Great Grimbold Discount Weekend!”